Log in to see your saved listings or edit your searches:

No account? Sign up now to save searches, listings, and get tailored listing notifications. It's free, opt-out anytime.

Save Your SearchRefine Search

Seabrook was first settled in 1638 and incorporated as a town in 1768. It was named after the Seabrook River and the many brooks meandering to the Atlantic Ocean through its extensive salt marshes. Its early inhabitants were primarily engaged in the farming and fishing industries. Many of our current residents can trace their ancestry to the first Quaker settlers who moved here and established what is still a community with a special small-town atmosphere. Early residents included the family of Meshech Weare, who became the state's first president in 1776, what we now know as the Governor.

Seabrook is a perfect location, within an hour’s drive to major cities such as Boston, MA & Concord, NH and a two hour scenic drive away from New Hampshire’s beautiful White Mountains. It is located just north of the Massachusetts border and offers two miles of white, sandy shoreline along the Atlantic Ocean. This peaceful seacoast community has clean beaches, an active harbor and a thriving business sector. 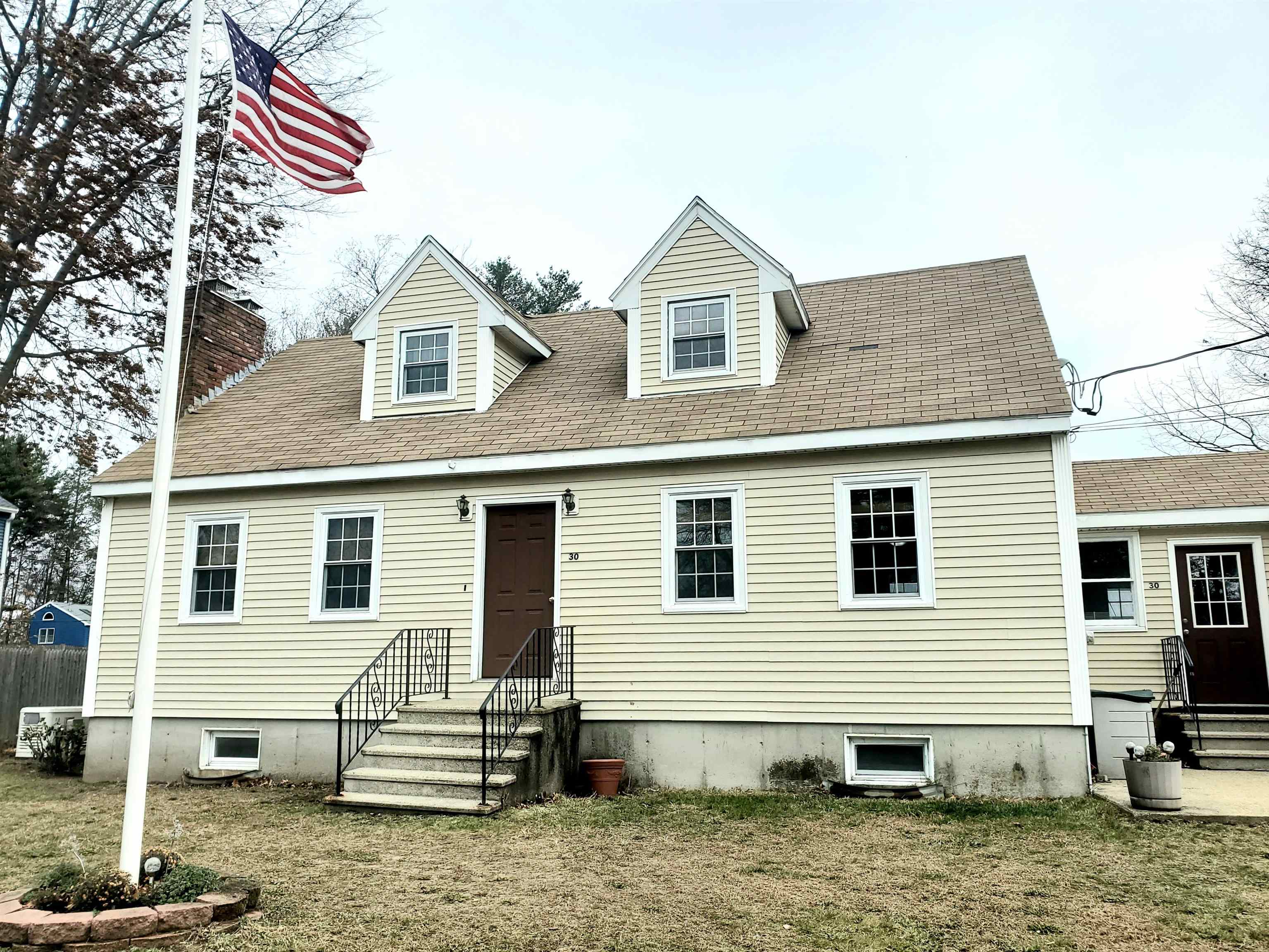 Location, location location. This 3 bedroom cape is in the perfect location!! Close to shopping & restaurants on Rte 1 and in less than 10 minutes you can be sitting on the beach or on Rte 95. Hidden on a quiet street but close to everything this home offers 3 VERY generous size bedroom's , updated eat in kitchen with stainless appliances open to a large dining room, perfect for entertaining. The spacious living room with a fireplace and large windows allows plenty of natural light. A 1st floor bedroom is great for those that don't want to go up stairs. The 2 second floor bedrooms have to be seen to be believed. They are HUGE! There is much hardwood flooring through out as well as updated windows & a generator. The private yard is the prefect size! Don't miss out. Schedule your showing today!

Listed by Cheryl DiBiasio of Coco,Early & Associates The Andovers 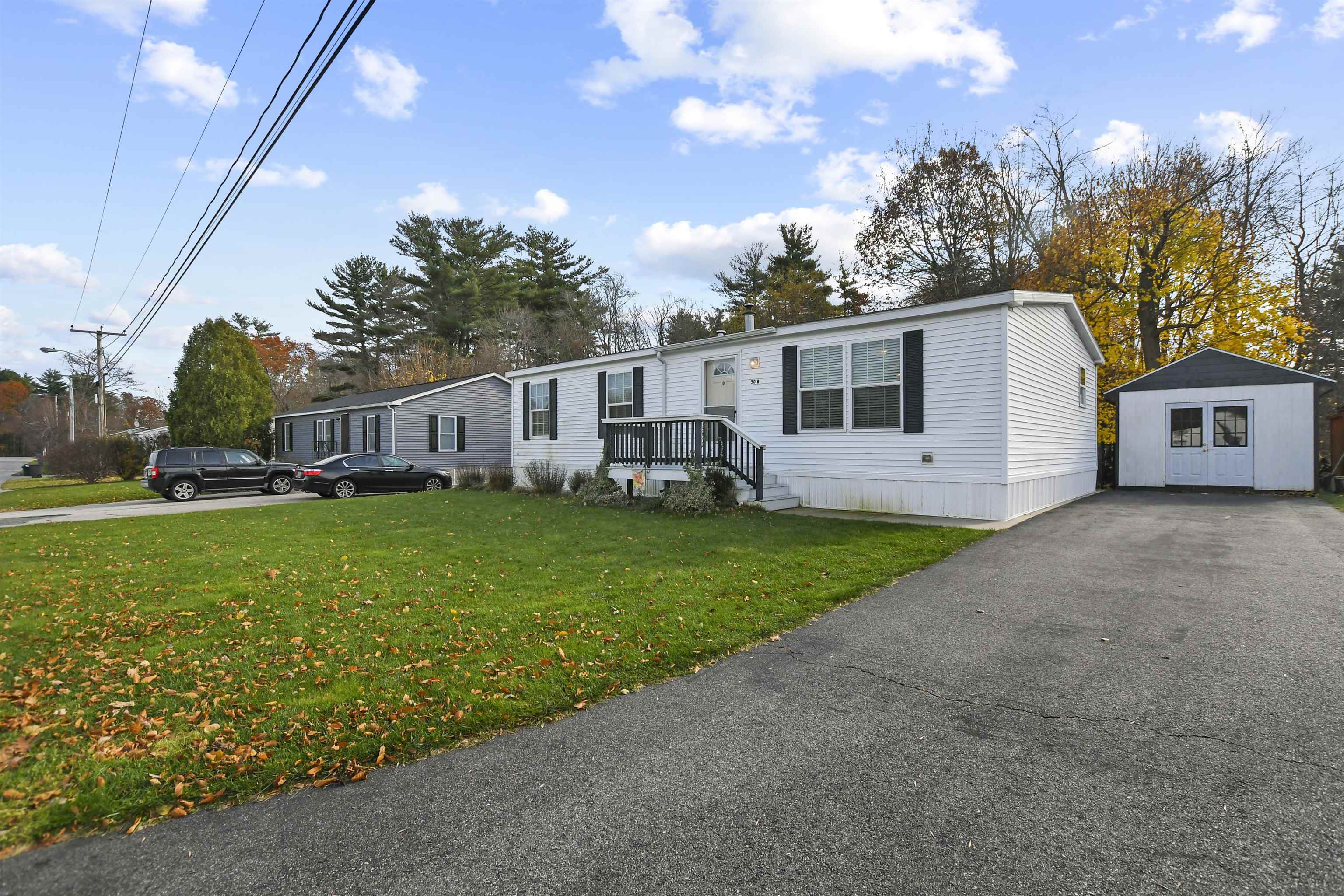 Look no further! This is the mobile home you have been waiting for! Lovingly maintained 3 bed, 2 bath located in Adams Village Park! You are within close proximity to shopping, highway access, and the beach. Upon entry, greet your guests in your bright and sunny living room featuring an open floor plan which makes it easy to host! Large eat in kitchen provides plenty of cabinet space and recessed lighting - great for prepping homemade meals! Three generously sized bedrooms with ample closet space offers enough space for everyone. TWO full baths and a laundry room provide convenience. Fenced in yard is great for hosting summer BBQs on your deck with a gazebo and privacy. Storage shed great for storing tools and garden area is an added bonus! Large driveway ensures plenty of parking. Includes parking sticker for Seabrook Beach!! Don't miss out on this one - schedule your showing today!

Quintessential Seabrook Beach 2 family cottage. Approximately 800 square feet in each unit. 3 bedrooms, 1 bath in each unit. Ocean views, 150' to the sandy beach. Units rented during the summer at $1,800.00 per week per unit. Possibility includes keeping it as a rental, remodeling for yourself or build a new home. Plans in hand for approximately 3,600 sq. ft. house. Comps exceed $2,000,000.00 on adjacent streets for newer, updated properties. 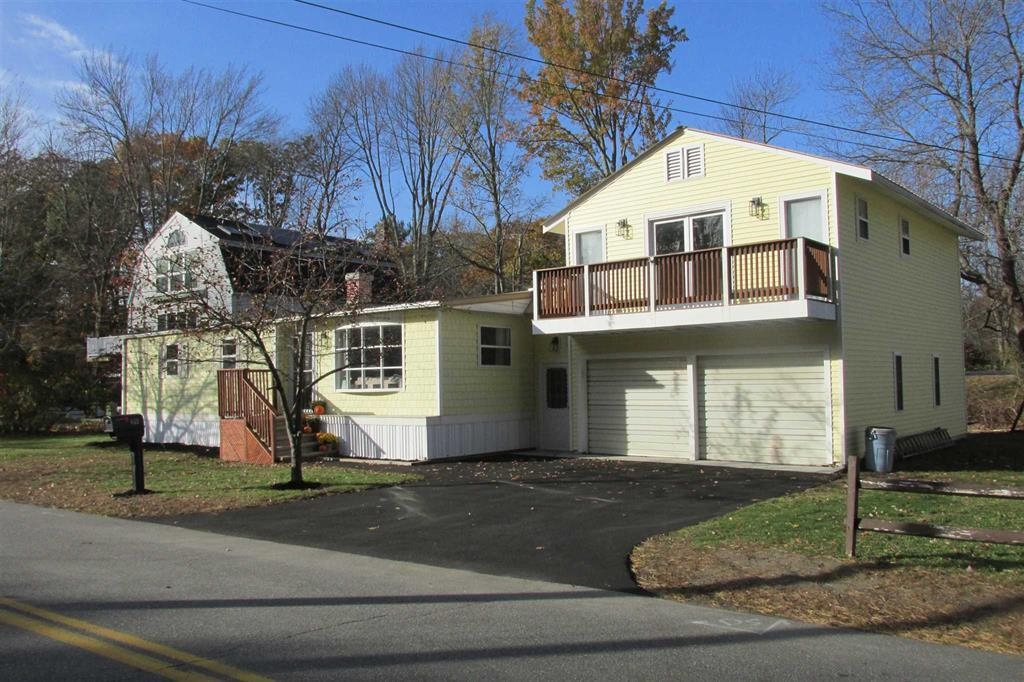 Imagine living 5 minutes from the BEACH , less than 2 miles away. This Four Bedroom Two Bath home has been recently renovated. Many upgrades include two Brand New Mini Splits that easily cool the home in the Summer and Heat the home in the winter. The mini splits keep the home comfortable down to a 10 degree day . Any colder and you can fire up the oil heat to keep everything toasty. With the price of oil today the mini splits allow you to save money. Two New Water Heaters, New Washer and Dryer New Range / Oven And Dishwasher. Also a Metal Roof. The garage is a 3 Car drive thru with Electric openers. There are four bedrooms .The master suite is very Roomy with a large walk-in closet. ( currently being used as a bed closet ). The Open Concept Kitchen and living room keep you in the center of the activity. There is a 224 Sq Ft storage shed in the Backyard. The Rail Trail bike path is accessible near the Seabrook water tower.and goes all the way to Newburyport, Ma. Hampton Beach With all it's Shopping , restaurants and activities including a casino is only 4+ miles to the center of the action. Arcade games for the young at heart. Something for the whole family, not to mention the beautiful atlantic ocean beach just steps away. SHOWINGS BEGIN 12-4-2021 AT 12:PM 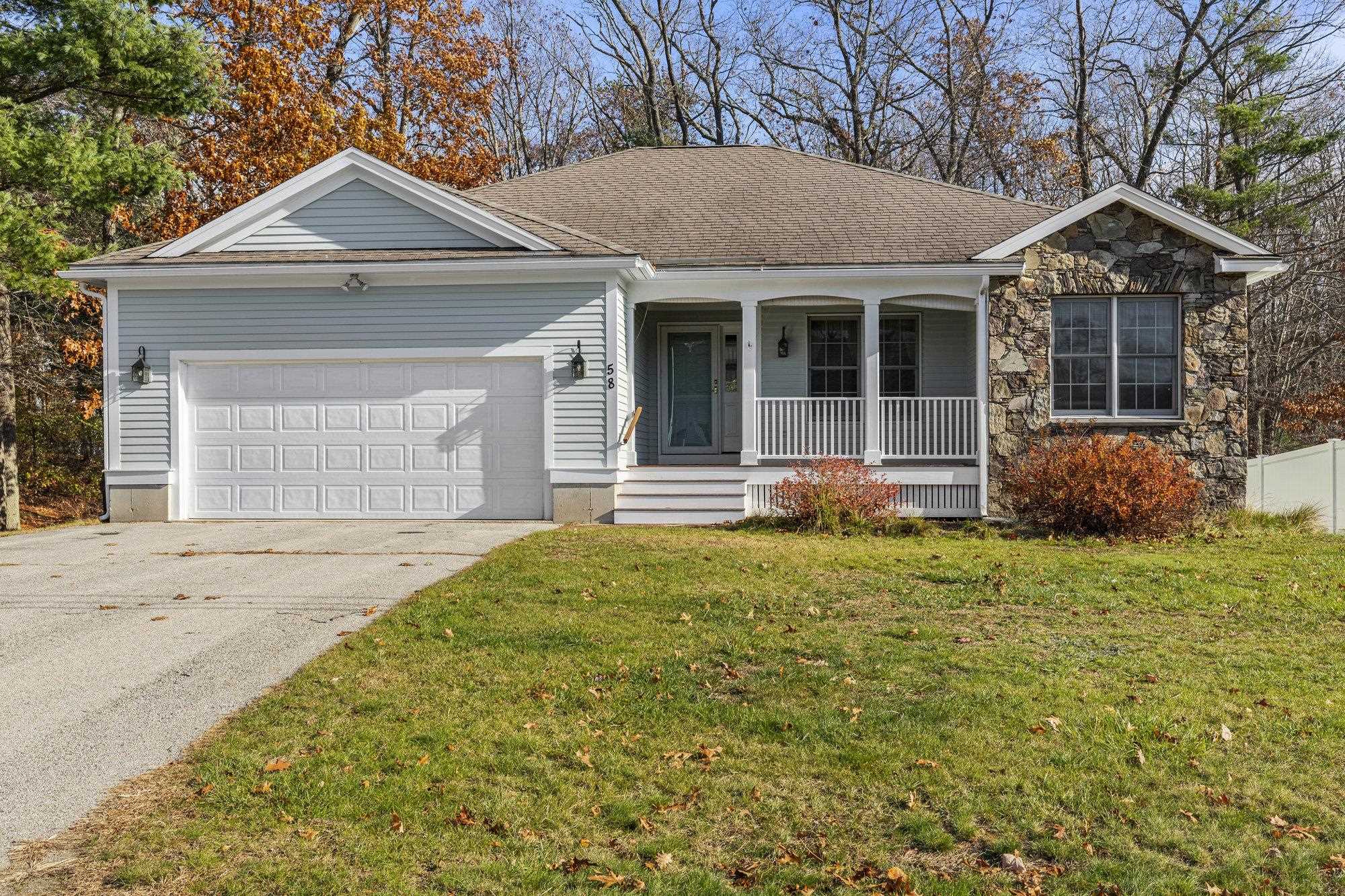 Welcome to Marshview Circle where you will find the quiet atmosphere you desire, yet still close enough to enjoy the beaches and still get away using the nearby major highways and Route 1 shopping. This home is ready for new ownership, first time on the market since it was built this home could use your touch. The exterior of this home is deceiving with one floor living. Walk into the expansive living room with high ceilings and gas fireplace. Next is the eat in kitchen and access to the rear deck and private back yard. The bedrooms are located down the hallway on the opposite side of this home. Master suite has a good sized bathroom with jetted tub and private toilet and shower room. The basement is divided into two very large rooms, the first one is finished and can handle a multitude of uses. The next is a workshop area the runs 47' long and has direct walk out access to the rear yard. The rear yard backs up to conservation area and great privacy. This home is being sold as is and is ready for you to bring it back to life. This is a desirable community and well worth putting money into this home to call it your own. 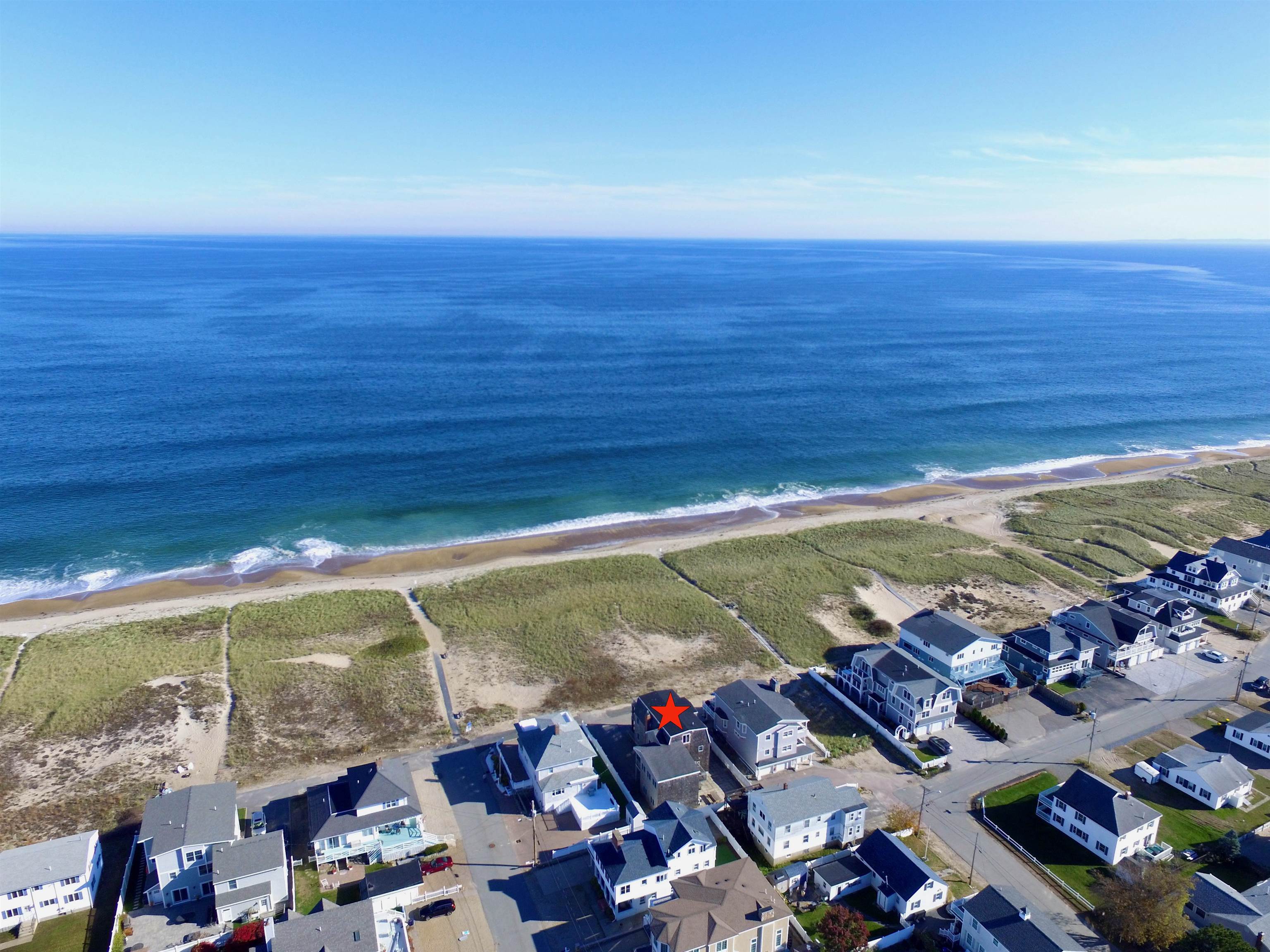 Sandy Seabrook Beach is the setting for this 4,151sf renovated year-round home sited at the end of the a dead-end and low trafficked side street with direct ocean frontage and views from the Isles of Shoals to Cape Ann from throughout all three levels of this updated home. The hallmarks of the design is it's open concept first floor design where the entertaining in the living room and formal dining area is open to the epicurean-inspired custom kitchen with granite counter tops, tiled floors and tiled backsplash. Second floor features two additional over-sized guest bedrooms - one featuring a 7'5" x 14'5" walk-in closet and each with their own private ocean-view balcony overlooking the beach. The primary suite is a two-level space with the top floor featuring the tiled en-suite primary bathroom, a billiard area (4th bedroom) and kitchenette and each floor features a full width oceanfront balcony from both floors of the suite. A private elevator services all three levels. Generous outdoor spaces including parking for six plus cars and a fenced-in rear patio for the afternoon sun. An over-sized garage allows for off season patio furniture and a car. You'll love waking up every day to the oceanfront scenery, listening to the ocean and birds as you're tucked well back from Route 1A. Come start making memories at the beach in income tax-free NH just minutes from Merrimack Valley, area shopping and less than an hour from downtown Boston. Delayed showings start Sunday 11/21 by appt 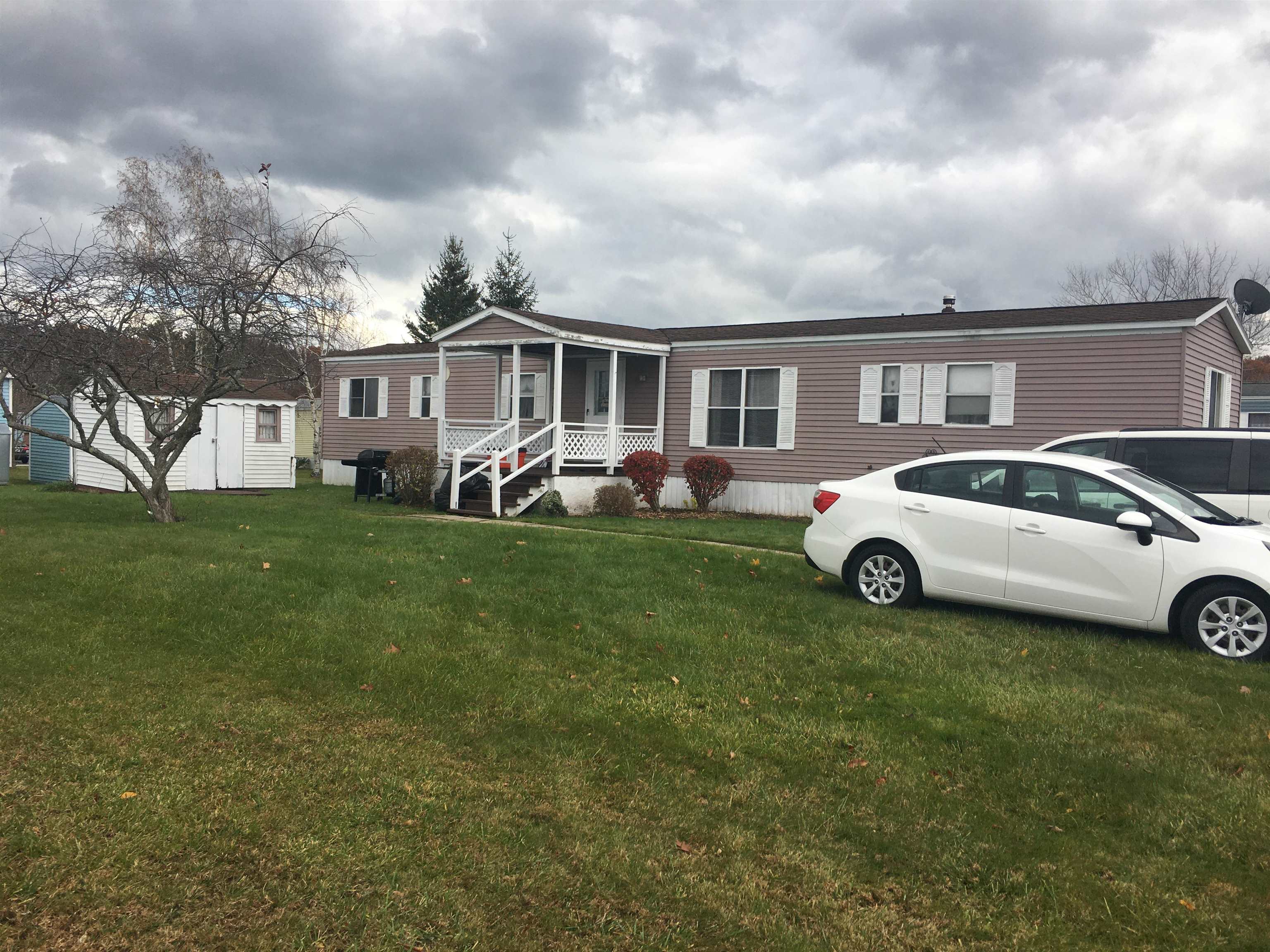 NOTE: CANNOT BE SHOWN SATURDAY OR SUNDAY THE 20TH AND 21ST....Move in ready home with covered porch for sitting outside, 2 bedrooms, 1 1/2 baths, living room and kitchen. Bright and Sunny Heated addition currently used as dining room adds extra space for you to enjoy. Seacrest is a 55 plus co-op park. 2 parking spaces per home, allows an indoor cat, NO DOGS.. Don't miss this cozy comfortable home... 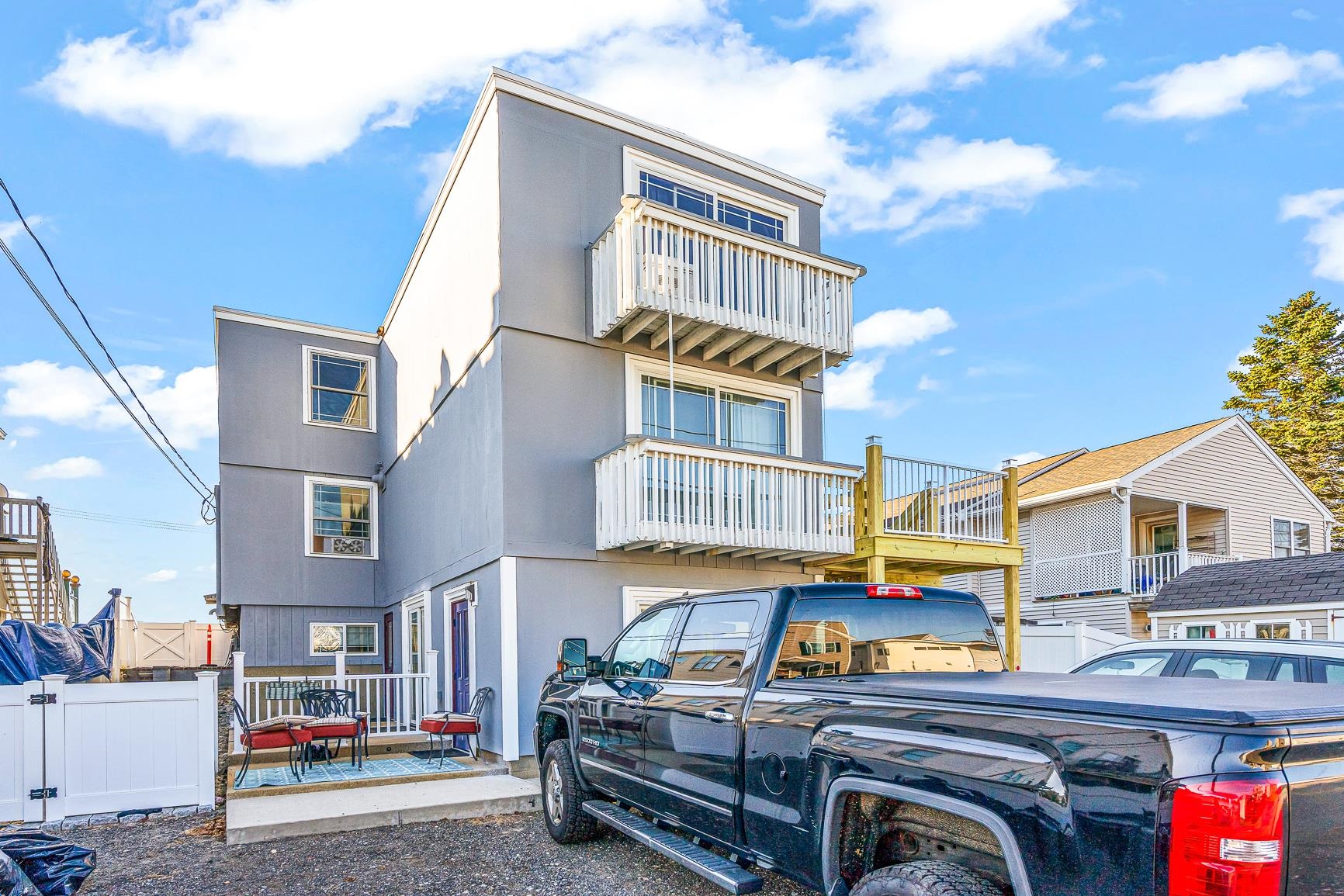 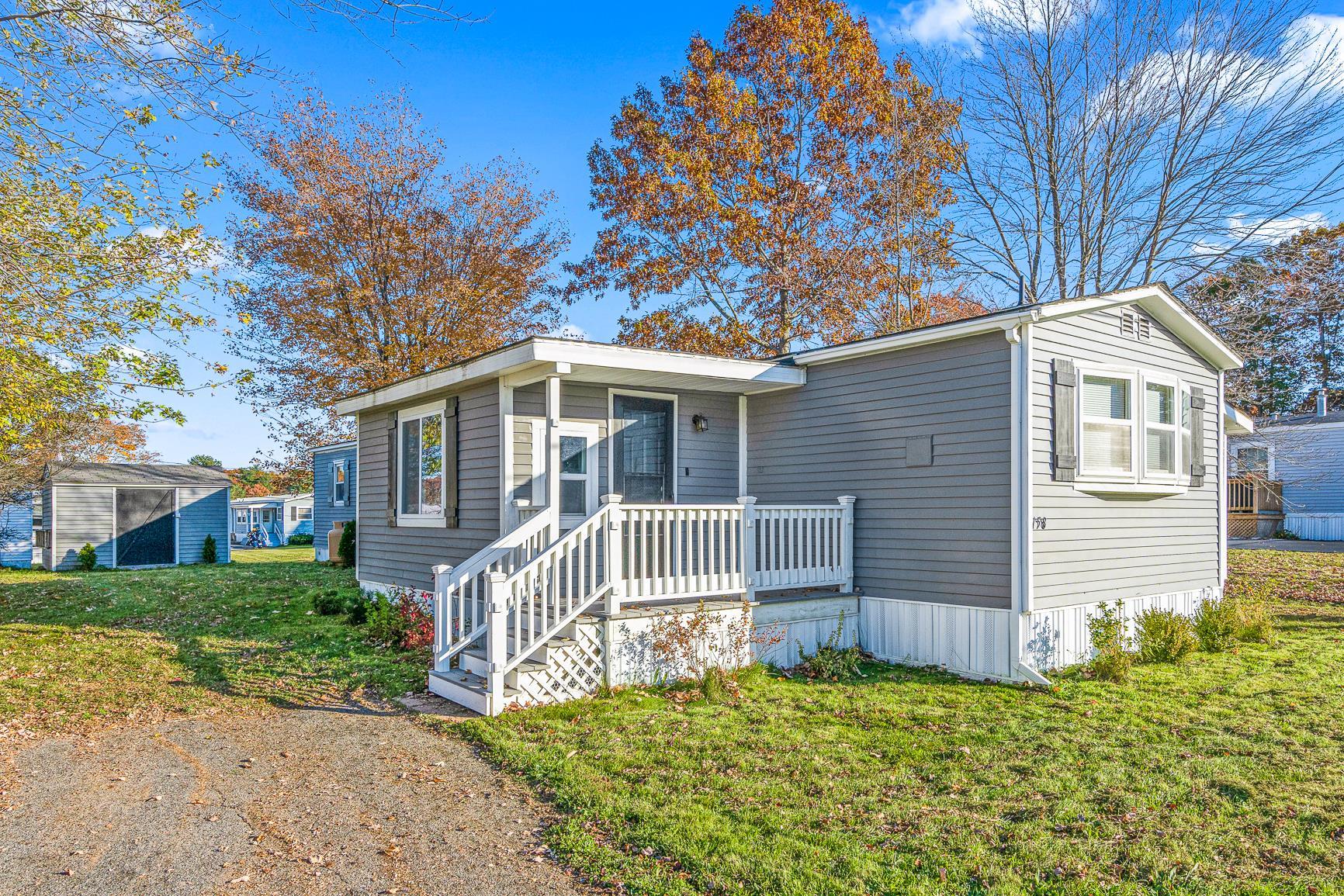 Welcome Home to this beautiful and updated property in the Seacrest Co-op Park. Plenty of natural sunlight illuminates this home. New laminated flooring throughout, updated kitchen with stainless steel appliances, updated bathroom with oversized walk-in shower and double sink vanity. Spacious primary bedroom with lots of closet space. Smaller 2nd bedroom. Bonus room/ 4-season sunroom with heat source and a smaller room off of kitchen ideal for home office. Side deck perfect for entertaining or relaxing after a long day. Literally nothing to do but move right in. Close proximity to beach, shopping and many other highlights that Seabrook has to offer. Co-op Park provides you with a one share of ownership. Indoor cats allowed. Seller needs to find suitable housing. Offers, if any, due by Monday, November 15th by 3pm. 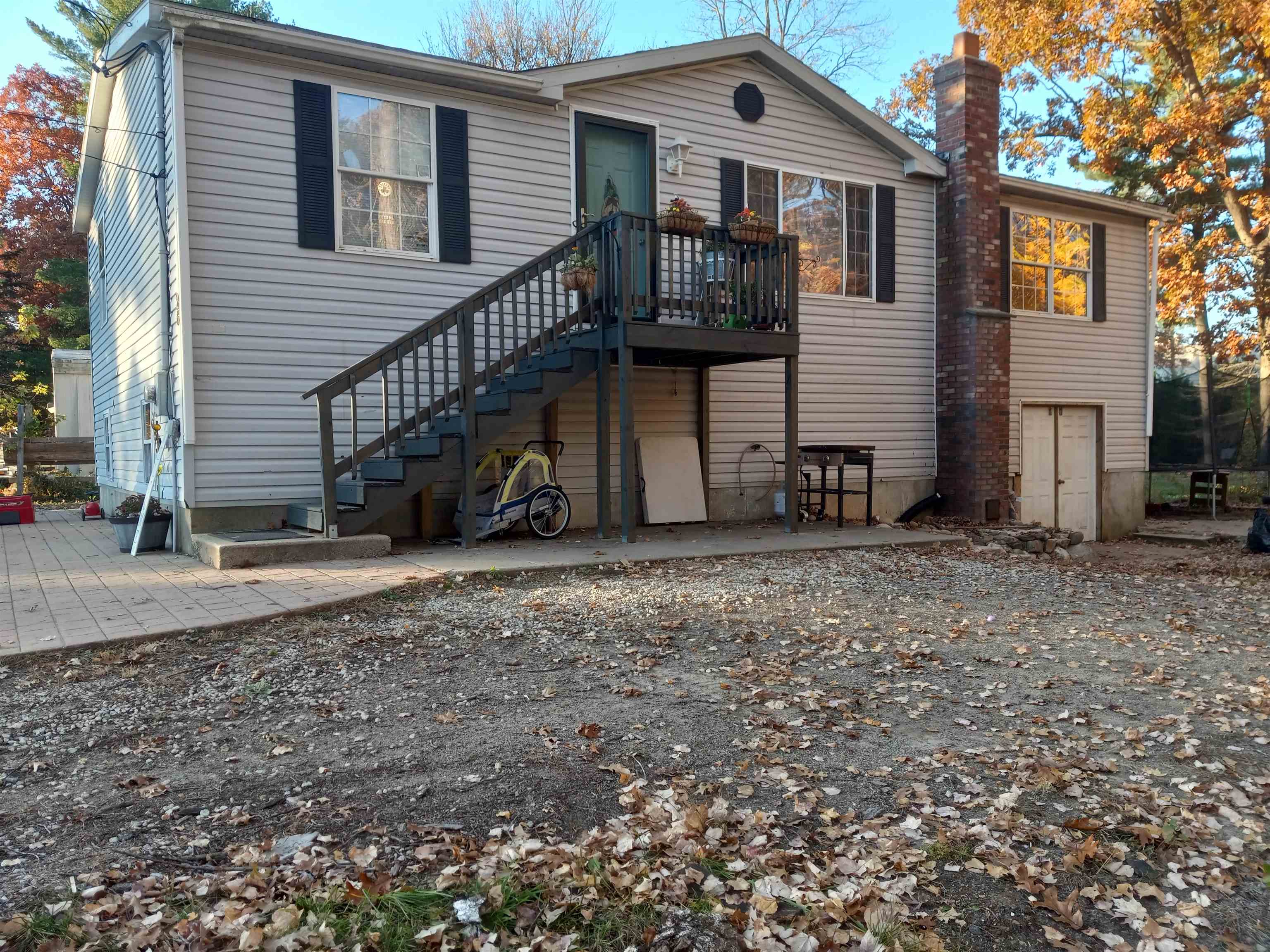 Enjoy your next Christmas in this double wide manuf home on a full basement above ground that could be finished off. It boats 3 large bdrms, 2 full bath with garden tub off master plus shower, nicely applianced kitchen and large livingroom. Deck off dining area. Small lot but the back of house has land t that is owned by someone else can't be built on but you can enjoy the view without paying taxes. This home is on a full basement and can go conventional financing. Current loan is a conventional.

Dbl wide mobile was totally removed with expectations of bldg a stick built ranch. But things happened and plans changed. Outside frame has been built to be finished at your discretion. Many materials needed are inside such as sheetrock, cabinets, appliance, formica counter etc. It has so many possibilities as there is a in law apt/ rental plus a large garage with add'l rooms for a small business or just your hobbies. Quiet area on a right of way off Railroad Ave. View this property and you decide what works for you

Double wide mobile torn down with intentions of building a stick built ranch but things happened that changed the plans. Outside frame but lots to be done at your discretion. Sheetrock, new cabinets, formica counter, bath tub and other needed parts are included. This home also boasts a newly remodeled 3 room apt with full bath and large garage with 2 rooms. So many possibilities here to finish your way. Quiet area on right of way. Perfect for someone with home business or opportunity to collect rent from apartment and finish your own home. In law possibilities. Take a look and see what you can do.

Copyright 2021 New England Real Estate Network, Inc. All rights reserved. This information is deemed reliable, but not guaranteed. The data relating to real estate for sale on this web site comes in part from the IDX Program of NEREN. The information being provided is for consumers' personal, non-commercial use and may not be used for any purpose other than to identify prospective properties consumers may be interested in purchasing. Data last updated December 7, 2021.

Call Us
Email Us

Customized your search and receive updates